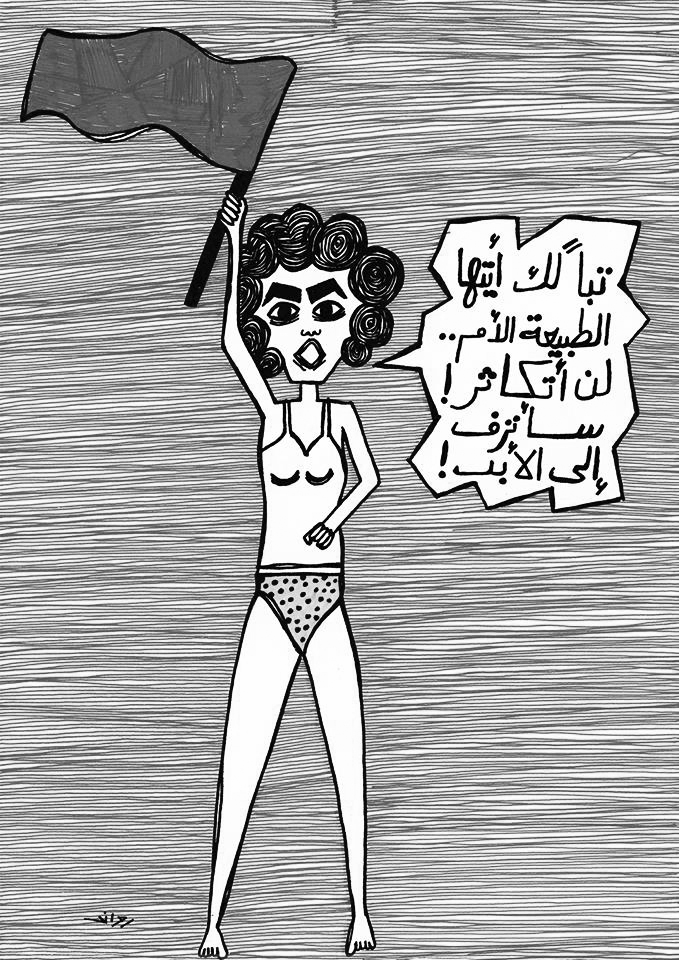 Rawand Issa draws thick lines and doesnʹt come from Mars. The 26-year-old Lebanese artist expresses what she feels through her comics. That works best with a black pen pressed firmly to the paper – Rawand often feels afraid, angry or not understood, almost as if she came from another planet.

The article is published in English, German and Arabic on DW’s Online Magazine Qantara.